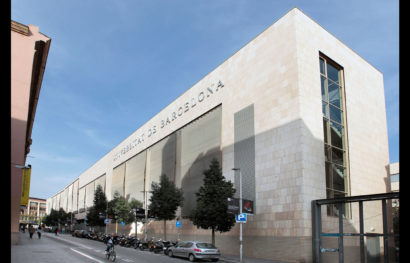 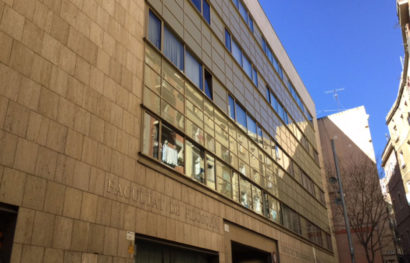 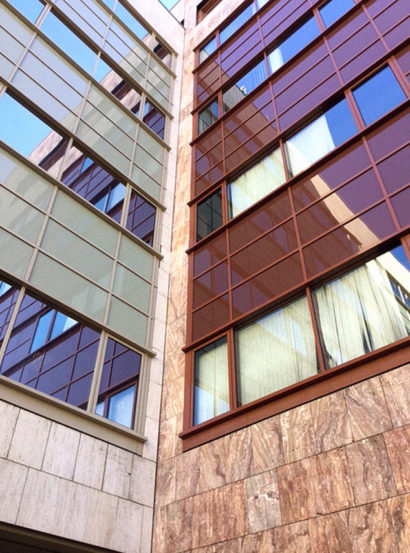 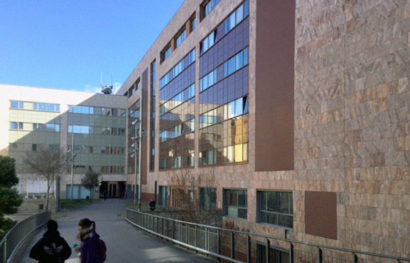 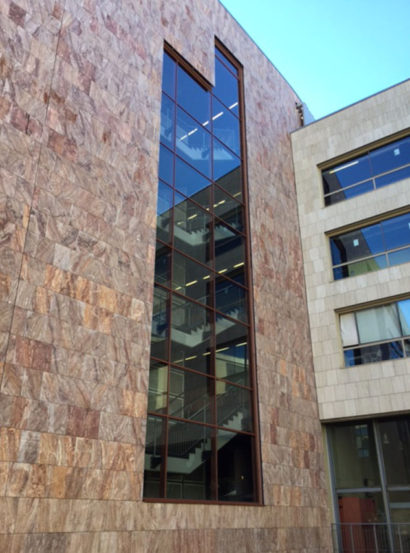 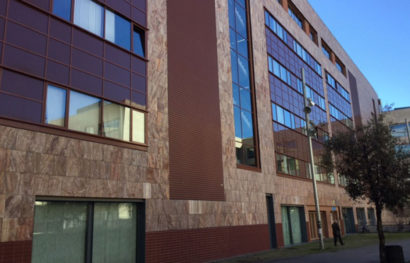 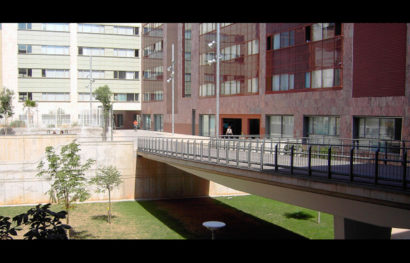 FACULTY OF GEOGRAPHY AND HISTORY

The urban structure around which the whole building is articulated is a newly created pedestrian route that extends between Montalegre street and Ramelleres street. This route, sometimes with portico sometimes crossing an inner plaza, begins on the side of Montalegre street with a large urban porch (true protagonist of the main access), then a bridge in slope saves a depressed square (which guarantees the lighting and evacuation of the lower levels of the building) and finally the route ends at Ramelleres Street, after having passed twice under the building itself. This route connects various interior public spaces, extends through the interior of the block and saves the unevenness between the two streets mentioned. At the points where the building covers the pedestrian path protecting the rain is where the access to the different dependencies of the University are located: classrooms, library and departments. A building intended for higher education must allow its adaptation to programs and techniques that vary throughout the estimated life of the building itself. The result of this basic idea is the architectural proposal consisting of a building constructed with modern techniques, elementary geometry, and a structure of perimeter screens and interior pillars with important lights to enable a great flexibility of compartmentalization.