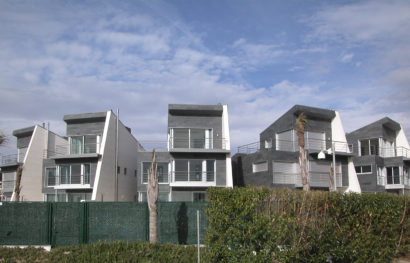 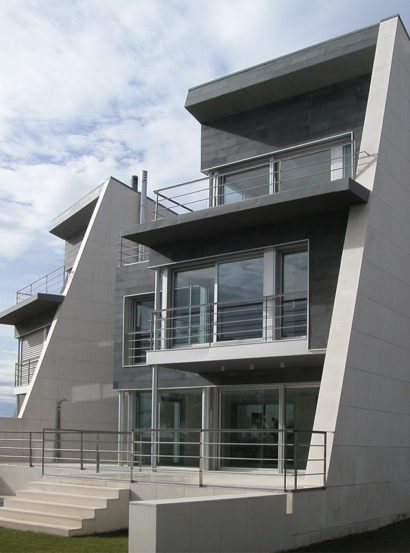 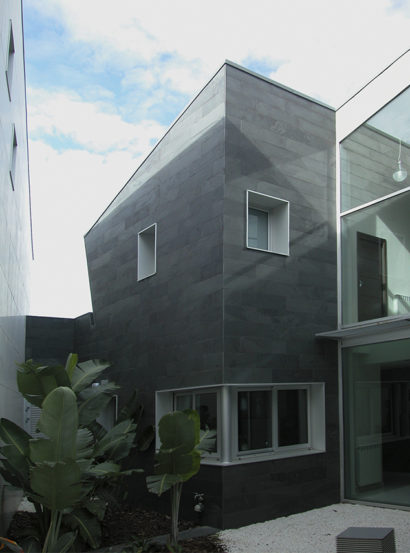 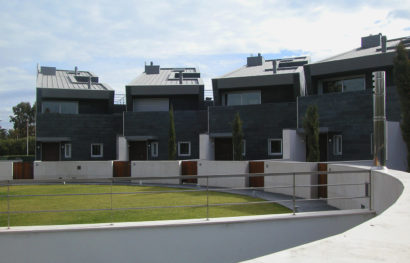 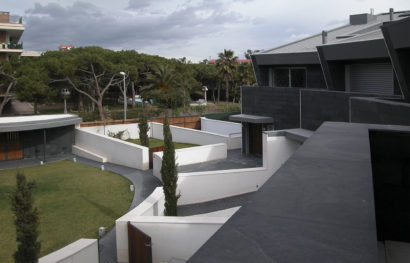 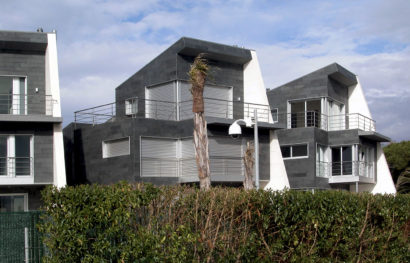 In collaboration with the architect Joan Cruanyes, in 2006 he completed the project of these 5 single-family houses, creating an exclusive urbanization with a clear philosophy: the views to the horizon. The origin was an irregular lot of 4,120 m2. Playing with the will of the owner and the maximum surface of building, at the end were designed five isolated houses of 350 m2 each, essentially the same and with an inverted C shape. They are oriented to the south, they are projected in fan form and besides opening to the outside, to the sea, the own geometry of the set generates private patios that give rise to zones of greater intimacy. The individual structure of each house could be described as a sloping bucket sunk into the terrain, whose longer side faces the Mediterranean through large windows. The houses are separated by a white wall with a body of embedded slate. Both elements form a very elegant contrast, but the chromatic combination is also functional, as the walls built with Capri limestone increase the luminosity of the patios. The side windows, located in the path of the inner stair, are the holes that seems to have left the extraction of some of these pieces, 60 x 70 cm.